I am a picture book writer. I write short manuscripts. We try to make the best story with the least amount of words. But, those words have to be the best 500 or so words you can write.

I'm okay with that.

But I have written a middle grade story that I am about ready to submit again (after more revising) and it is currently at 21,500 words.

I have started another middle grade story. It is currently at 8000 words. I was hoping to get it to at least 20,000 words, but I do not know if I can do that or not.

There are exceptions and I have seen them. On Renaissance Learning's site you can search for books by title or name and they tell you the word count and interest level (middle grade, lower grades, etc.).
I have found many books with lower word counts ranging from 8000 to 14000 words listed in the middle grade interest level (grades 4-8). Some of these are written by Patricia MacLachlan of Sarah, Plain and Tall and Skylark fame. I love those books.

Another book I love, Because of Winn-Dixie comes in at only 21,000 words.

So, my question to writers out there is do smaller word count books have a chance?

On another subject -
I delivered some of the July issues of Two-Lane Livin' magazine today. I walked into a little diner in town and one of the customers said to me.
"Looks like I have perfect timing. I love those magazines!"
I took one over to him and laid the rest down.
"I know who you are," he said. "You're Janet Smart."
I said, "That's right. How did you know?"
"You write a column in here. You know I like this magazine better than the Jackson Herald."

It is nice when you get to see and talk to the people who read your writing. It makes it a little more satisfying. (By the way, the Jackson Herald is our county's weekly newspaper.)

What Happened at the Writer's Conference

The writer's conference is over until next year.

I sat at the banquet table with my fingers crossed, but. . . only one of my entries to their annual writer's contest won anything. My picture books never placed. My middle grade manuscript, The Family Secret, received 2nd Honorable Mention. It is still a thrill to hear your name called out. My poem, I am From Appalachia, won 2nd place on the Writer's Wall -Poetry. 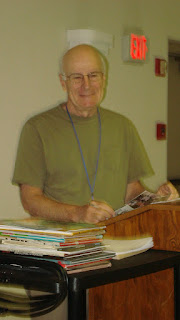 He's not only a great writer, but the nicest person you would ever want to meet. 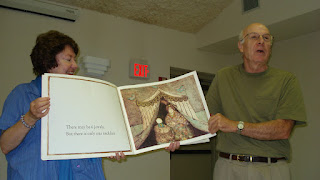 Here he is flipping through the pages of his book, Only One. 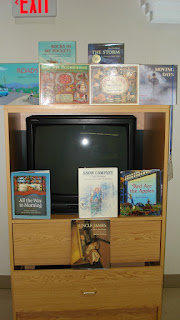 Here are the 11 picture books that he has had published. He also stated that another book is coming out next year.

Some other suggestions:
Don't have them boring
Tell about what the parents say, kind of like the Charley Brown cartoons where parents are heard in the background.

Tips for creating dynamic children's characters:
Every child at one time or another has been confused. Use that confusion to create depth in your character.
Consistent people are boring people. Look for contradictions in your characters.

In one of the handouts there was a quote.
"The real secret of patience is to find something to do in the meantime."

What am I doing?
I just finished writing a new picture book! I love it and can't wait to start sending it out.
And, I just came up with an idea for another middle grade novel. I'm really excited about this, I've only written one MG and didn't think I would write any more. But this idea came to me out of the blue. I will need to do a little research first, but I am anxious to start.


It is going to be a busy week.
I'm off to deliver the June issue of Two-Lane Livin' to the Sissonville Library in Kanawha County today.
I will be critiquing picture books submitted this week by my online critique group,
our weekly writing group meets on Tuesday and . . .
the annual West Virginia Writer's Conference is Friday, Saturday and Sunday!

I am looking forward to the conference.
As of right now, a few of the workshops I plan to attend are:
Pesky Parents - Middle Grade Writing, Nonfiction From Your Own Lives, People's Choice Prose, Time Management for Writers, Children's Book Publishing and Food and Spiritual Writing.

Of course, all of this can change as they change the schedule and I change my mind.

I hate it when they schedule two workshops that I want to attend in the same time slot, but it always happens and there isn't much we can do about it.

I need to go through my stories and pick out one to read at the People's Choice Prose workshop. We are given a certain amount of time, usually 5 minutes, to read a story we have written. At the end of the workshop, attendees vote on paper for their favorite three and the winners are announced at the Saturday evening banquet.

I also have to look for my best writing (poetry and prose) to put up on the Writer's Wall for people to read and vote on.  In previous years I have received 2nd place on the Prose Wall and on the Poetry Wall. Keep your fingers crossed that I will pick out a piece that will hook the attendees into voting for it.

What is happening with you this week? Anyone else going to the conference? 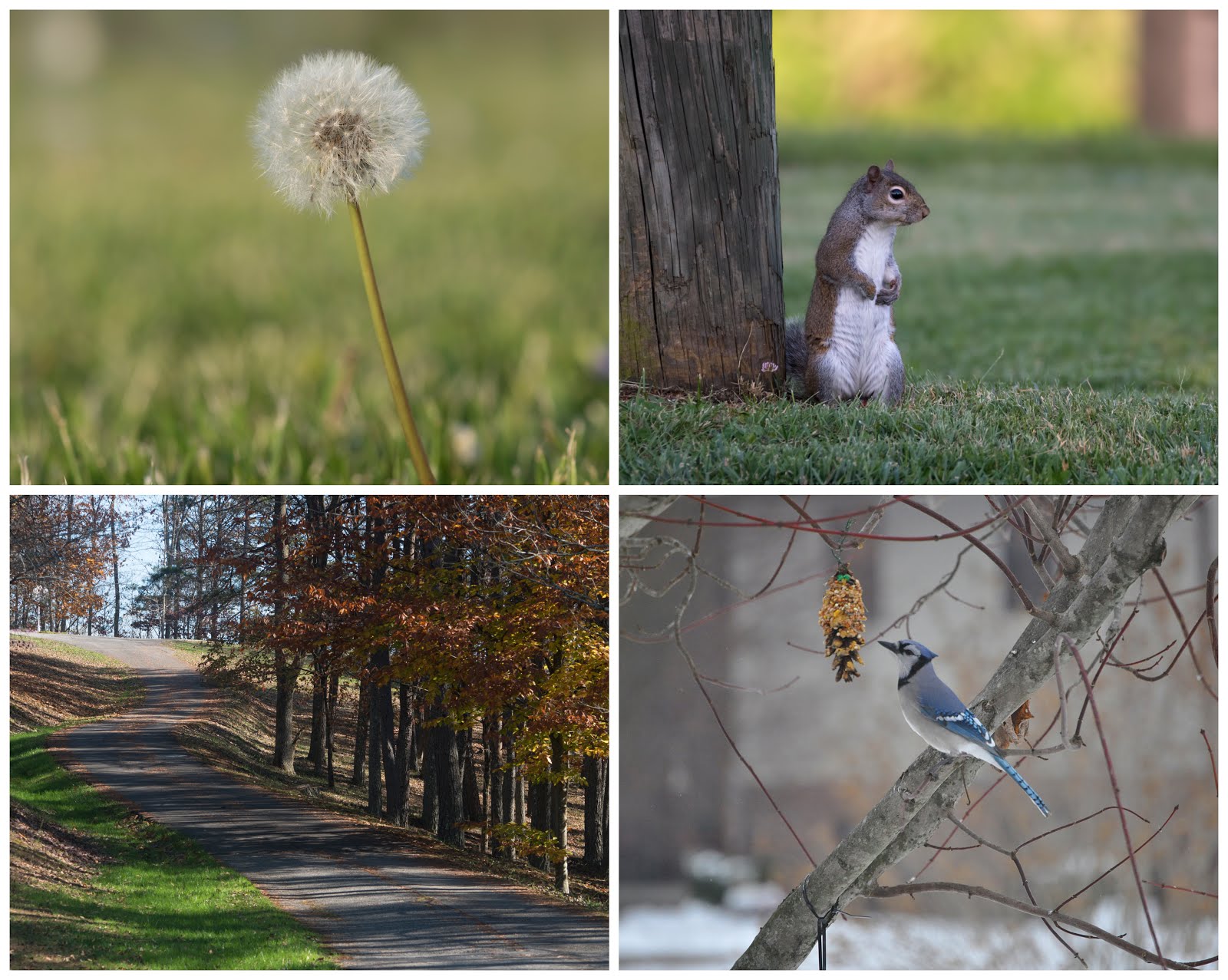 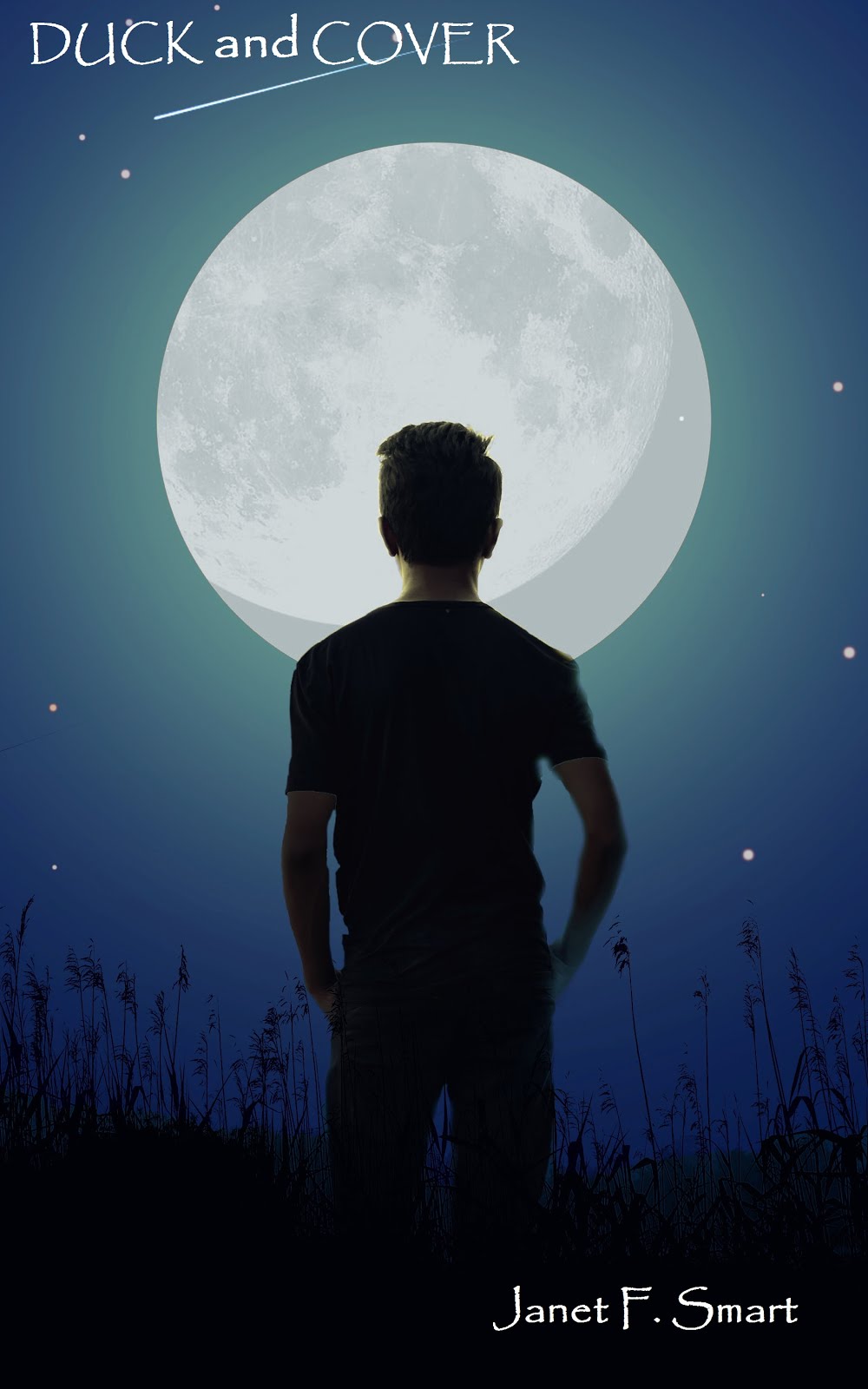 HOMER HICKAM BLURB for my book, Duck and Cover

"Duck and Cover is a charming novel of young people coming of age during a very frightening time, the early 1960's at the height of the Cold War. Set in West Virginia,Smart's characters are as real as the hills in which they live, and as enduring. I thoroughly enjoyed the story and believe this author is one to watch (and read) now and in the future." –

Janet,
I've lived in rural West Virginia all my life and I love it. West Virginia is a beautiful and friendly state that everyone should visit at least once in their life. I am a mother to 3 wonderful sons. I love to write children's books. I've had a short story published in an anthology, 5 poems published and a MG (Duck and Cover) published. I have also written another MG and several picture books for children. I write a column for children in the regional magazine called Two-Lane Livin'. Please feel free to join in on the fun and leave a comment or two.

A GIFT FOR THE AUTHOR

THE BEST GIFT YOU CAN GIVE AN AUTHOR IS TO WRITE A REVIEW ON AMAZON, GOODREADS, BARNES AND NOBLE, etc. 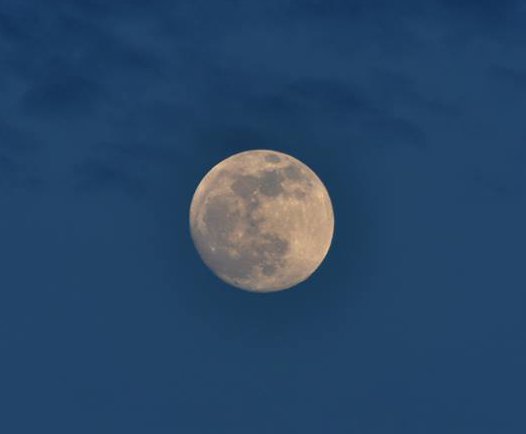 Fun Through the Seasons - Volume two 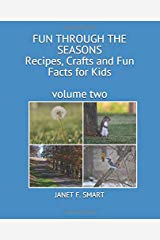 Available in kindle and paperback on Amazon 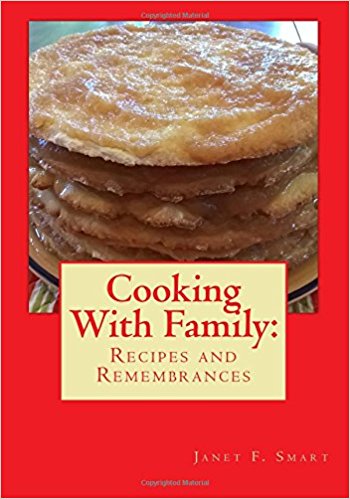 Buy my cookbook on Amazon. Available in paperback and kindle 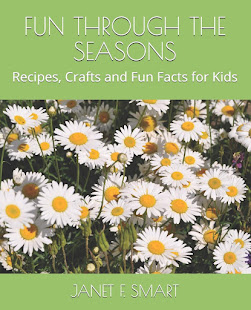 Buy on Amazon. New Cover! Available in kindle and paperback

Go to Goodreads and take COOKING WITH FAMILY quiz

Go to Goodreads and take DUCK AND COVER QUIZ

Join Me-It's a Great Place to Learn to Write For Kids!

The Best Writings on Writing